Acting Classes at The Playground 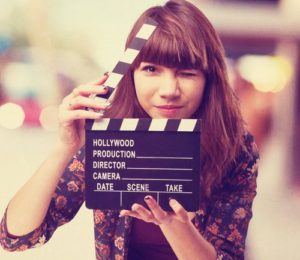 The Playground is an on-camera program where young actors are asked to challenge and stimulate their creative abilities.

Gary Spatz’s Playground is dedicated to helping your child develop a personal technique for on-camera television, film, and commercial performances. Children will learn the craft of acting and parents can learn about the performing arts business.

The Playground classes focus on the craft of television, commercial, auditioning, and film acting. The Playground students enjoy our carefully crafted curriculum designed by Gary Spatz.

Children who attend The Playground acting classes will improve not just in their acting skills but in other areas of life too! Students at The Playground often experience: better speaking ability, better listening skills, improved reading comprehension, improved school performance, and increased self confidence.

Gary Spatz and his staff of professional acting coaches nurture each student’s creativity to help them excel at on-camera work. The Playground Acting Studio is designed to supplement the coach’s efforts to help young actors develop an effective personal acting technique for television and film.

The Preteen Program is for children between the 9 and 12 seeking the benefits of acquiring acting skills. We also have beginning, intermediate, and advanced experience levels in the Preteen’s Acting Program.

The Teen’s Program is offered to students ages 13 to 17. We also have beginning, intermediate, and advanced experience levels in the Teen’s Acting Program.

The Young Adult Program is offered to adults ages 18 to 30. This program is for talent at all levels, beginners to advanced. Contact us to learn more about our acting classes for young adults.