Home / How Much Are Acting Classes in Los Angeles?

How Much Are Acting Classes in Los Angeles? 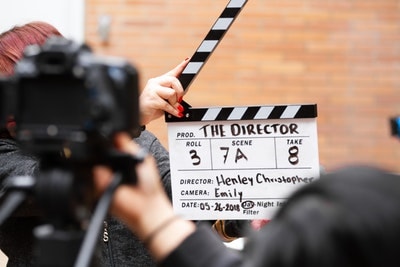 Cons: Below average teachers or interns, bad locations and usually no connections in the entertainment industry.

If you’re a child and you’re a complete beginner, you can find very cheap acting classes in The Valley area. If you’re serious about acting, it’s not always a good idea to choose the cheapest classes in town. Cheap acting schools usually have inexperienced teachers or interns that have little to no experience in the entertainment industry.

If your child or teen isn’t really interested in acting and they want to take acting classes for fun, there are some schools that only charge $50 per class. Cheap acting schools aren’t usually connected to anyone in the industry, and the crowd is usually coarse. The pros to joining a cheap acting school is obviously the price, but the cons are a poor teaching and learning experience.

Cons: Not everyone can afford it. Depending on the curriculum you choose, it will cost $2,000 – $4,500 to complete the program.

The average priced acting school costs around $100 per class. These schools are usually located in a nice area of Los Angeles with a cultured crowd. The teachers and school directors will have a good track record, and the acting studio will be a much larger facility compared to cheaper schools. This is the price range offered at The Playground Acting Conservatory. We have two acting studios where we offer an in depth curriculum for kids and teens. Our main acting studio is in Century City (Beverly Glen & Santa Monica Blvd), and we have another location in Costa Mesa, Orange County.

We have a one year program for beginners, intermediate, advanced, and professionals. We offer discounts to actors that pay a full year in advance, but most of our actors pay every six months (average of about $2,250). We also offer payment plans when available to give highly motivated actors the opportunity to join our acting conservatory. Our classes are held on the weekends, and our make up classes held during the week. Feel free to schedule a free on-camera talent evaluation at our Los Angeles facility for more details.

Why Choose The Playground Acting Conservatory?

We specialize in acting classes for kids and teens. Also for what we offer, our acting conservatory is vastly less expensive than our competitors in the Beverly Hills area. Our Director, Gary Spatz, has a long track record of working on set with successful actors that have starred on the Mickey Mouse Club, the Disney Channel, Nickelodeon, and major motion pictures. Click here to see some of Gary Spatz’s former students. Contact us now for more information about our acting programs.