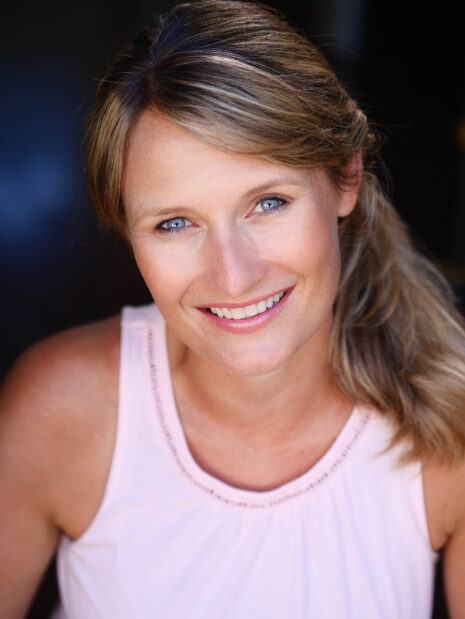 Born and bred in Orange County, Danielle has been acting since she was old enough to be in a Playground Beginning Children’s Class! Sometimes she even worked professionally with her identical twin sister, Deanne, where she booked her first commercial for Toyota.

Danielle continued her training through college, taking a Bachelor of Arts degree in theatre from California Sate University of Fullerton and then earning a teaching credential from National University.

Following her passion for the performing arts has led to credits on countless theatrical productions, films and television shows including the cult hit, Veronica Mars. One of her favorite jobs was co-hosting ESPN’s Auto trader.com/drive with her twin sister.  Known as the trivia twins, the two had fun fooling viewers! A few of Danielle’s theater credits include: The American Girl Review at the Grove, Sweepers (Karen) at ICT Long Beach, Barnum (Jenny Lind), Oklahoma (Laurie), and A View from the Bridge (Catherine.)

Along with acting, Danielle studied voice for 13 years. Her singing can be heard on various original musical soundtracks as well as on two compilation albums of Rogers and Hart Rarities (Volumes I & II).  In 2006 she co-produced her own children’s album entitled Simple Harmony, Gentle Songs to Grow By.  The album is composed of entirely original works- many composed and sung by Danielle herself. She also spent 3 years commuting back and forth from Nashville, TN; writing, singing, and recording demos.

For the past several years Danielle has been touring around Los Angeles, writing and performing various shows that educate and entertain children of all ages.  She also leads acting workshops in elementary schools and has started directing children’s musical theater productions such as Seussical the Musical.

She currently resides in Orange County with her son, daughter and husband (whom she met while performing opposite him in their high school production of Guys and Dolls). With all she has going on plus small two children, it’s amazing she has time to do anything else!

Danielle truly enjoys working with kids and is so proud to have been teaching at the Playground (Los Angeles) for over 8 years before being promoted to Assistant Director of Orange County to help Gary open and run this new location. Gary and all the other teachers make this school a wonderful place to be!