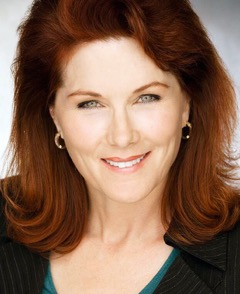 Teaching has always been a passion for Terri.  While she was a working actress in Hollywood she taught for one of Hollywood’s “go to” teachers and coaches Jeff Corey.  She also taught at the Masters Writing Program at USC and directed their One Act Play Showcase.

Born in Kansas City, Kansas, Terri started her show biz career at 15 years old as a scholarship student at the Joffrey Ballet.  She appeared on Broadway in eight shows including “Pippin,” “Working,” “My Fair Lady” and “Dancin.’”  She was hired by some of the most successful creators of the American Broadway musicals which include, Oscar, Emmy and multiple Tony award winner Bob Fosse, Academy Award nominee screen writer and playwright Herb Gardner, Stephen Swartz, Oscar nominated composer of “Pocahontas” and Tony award winning composer for “Wicked.”

The movie “The Best Little Whorehouse in Texas” brought Terri to Los Angeles. She went on to star as the sexy alien love interest Cathy Frankel in the FOX hit television series “Alien Nation.”  The series was so loved by its fans that FOX make five “Alien Nation” movies of the week for the network. Her television credits include series regular roles in “DEA,” “Seven Brides for Seven Brothers,” and “Santa Barbara,” and many guest starring roles.   Some her feature films credits are “The Fabulous Baker Boys,” “House 4,” “The Nest,” “Little Miss Millions,” and “All That Jazz.”

Always in search of more creative challenges she turned her attention to writing and moved behind the camera as a writer producer for hour dramatic television.  She wrote and produced for “Silk Stalkings,” “Nash Bridges,” “Pacific Blue” and for “Felicity” whose creator J.J. Abrams also created “Alias,” “Lost” and directed “Star Trek” & “Star Wars The Force Awakens.” She has appeared on “Oprah,” “Good Morning America” and been interviewed by all of the major newspapers in the country.