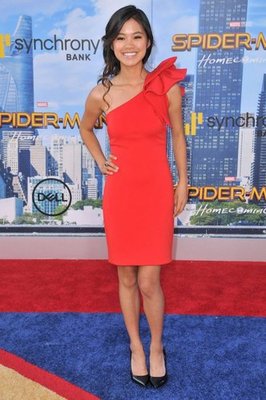 Tiffany Espensen is an American actress who was born in Lianjiang, China in 1999. She was later adopted by American parents and has since lived in the United States of America. Tiffany began her career as a child actress which started with her first television role at the age of eight years old, in 2007. That year, she also appeared in the “Achy Jakey Heart” episode of Hannah Montana and secured a recurring voice role for two seasons on the Nickelodeon, kids’ animated series, Phineas and Ferb.